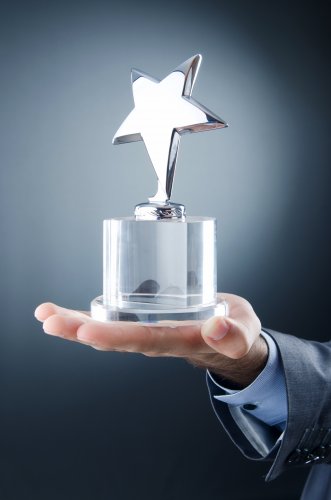 The first ICiPS annual conference ‘unlocking improvement opportunities’ took place yesterday, the 13th February at York Racecourse. Despite the weather causing travel chaos, 160 people took part in what was an informative and inspiring day. The keynote speaker was Andy Cave, one of the world’s leading mountaineers, who talked about his life and how, without continuous improvement, he would have been unable to reach greater heights. He spoke of the need to treat failure as a learning opportunity, how critical it is to trust those you work with and the importance of considering every aspect of delivery, not just your immediate area of work. Other speakers built on the themes raised by Andy, talking about the importance of leadership, teamwork, innovation and collaboration. The audience took advantage of the expertise within the room, taking part in three Q&A sessions. The ICiPS awards rounded off the day. The first category was ‘Collaboration – working across boundaries’. First place was awarded to The Early Year Collaborative Scotland. Second place was awarded to Scottish Government Procurement. A special commendation was awarded to The British Library. The second category was ‘Commitment to personal development’. First place was awarded to Dr Sanjay Bhasin from NOMS , second place went to The Scottish Tribunal Service .A special commendation was awarded to Peter Brookfield from the Environment Agency. The third category was for organisations that had made a step change with continuous improvement. The winner was Scottish Government Procurement, who took their second prize of the day. The runner up was The Home Office. The final category was for leadership. The Winner was CAFCASS Cymru and the runner up the Environment Agency.
ICiPS CEO Debbie Simpson said ‘I am absolutely delighted how CI week has gone; the level of participation has exceeded expectation. The conference was a great success and a fitting end to the week. The speakers really inspired the audience, providing insight into some of the key challenges faced when implementing continuous improvement and how to overcome them. The awards were an opportunity to recognise those who are dedicated to improving public services, and the standard of applications received demonstrated the level of activity and commitment to improving public services. The feedback from those participating in CI week is that it has raised awareness about CI amongst employees and they have found it to be a worthwhile investment of time so we hope that next year, we will see even more people taking part. I would like to thank our sponsors and also acknowledge the effort that has been made by participating organisations who have shown creativity and imagination in the activities they have delivered as part of CI week.’
The closing date for 2015 awards is the 30 November 2015 for more information email awards@icips.org.