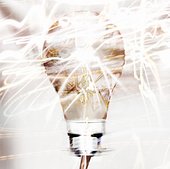 Such an inflammatory headline requires some explanation. Do we really think that suggestion schemes are so dangerous?

Of course, many suggestion schemes can form an important part of successful Continuous Improvement cultures, but it is amazing how infrequently that is the case.

For many years, managers read or heard about the very best organisations that had saved tens of thousands of pounds by adopting employee’s great ideas. Rumours of 90+ suggestions per person per year added to the
temptation to introduce the dreaded suggestion scheme; typically aimed at individuals rather than teams and complete with a wooden box on the wall and complex financial incentives behind it.
What happened? After a short period of enthusiasm, they failed. The unfortunate individual in the HR department who had been given the responsibility to respond to each suggestion was unable to respond to all
suggestions quickly. Worse, most of the suggestions were complaints or “wish lists” that required significant management input to implement. People would quickly learn how to work around the system and incentives often created a culture of only proposing improvements because people were paid for it rather than as part of their job.
Where good ideas were implemented, the cost of paying financial incentives became so great that both the HR Department and the CFO realised that the scheme was unsustainable. Perceived injustices led to suggestion scheme appeal boards.... and so on.
All this, however, does not mean that suggestion schemes are bad per se but it is essential that the culture of the organisation is right first.


Here are five characteristics that oee associates with successful suggestion schemes:
1 General concerns are raised in team meetings, and staff always receive rapid feedback;
2 Suggestions are commonly submitted by teams rather than individuals;
3 New ideas are mostly generated during problem solving workshops;
4 Critical business problems are addressed in the same manner, using structured problem solving
techniques such as DMAIC;
5 Employees are equipped with the means (technical, financial and time) to implement their own suggestions.
It is clear that to set up the right environment for these five ingredients to be in place requires a lot more effort than nailing a wooden box to the wall and sending out suggestion forms to staff. As ever, what you get out of
Continuous Improvement is correlated to what you put into it. Suggestion schemes work most effectively within a prevailing culture of effective Continuous Improvement: they cannot work well in isolation.