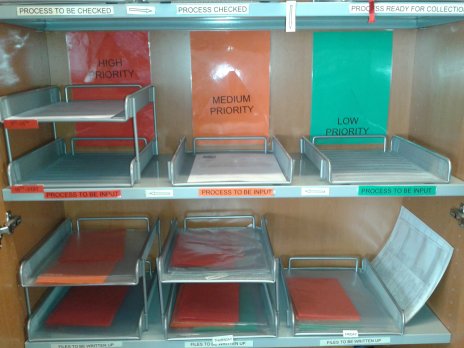 Lean as a philosophy

Customers are becoming more demanding, markets are becoming more customised, and product life-cycles that are getting shorter are just a few of the reasons why Lean could be important to you.It is vital that Lean as a concept is considered as a philosophy or condition rather than as a process.

In that respect “Leanness is a relative measure.” Ohno’s principles clearly reflected how the Toyota Production System was considerably more than a production system as he always advocated Lean to be a complete management system. Lean requires and expects commitment from all the various levels within the organisation. It transcends far beyond the engineering and management disciplines since at its core it endeavours to promote the concept of value and the eradication of waste in a continuous method based on common sense. For a successful implementation, organisations need to separate the Lean Philosophy from the techniques and tools used to support the philosophy. It is a composition of techniques embraced from a structure that has been derived from a philosophy. Lean must always be observed as a philosophy with the tools such as Six Sigma acting as enablers.

Lean is about challenging the way things are done and opening our eyes to that waste and inefficiency. Lean thinkers recognise that as soon as you begin to think that you are done, another set of issues emerge. In this case, it could be argued that instead of viewing Lean as a program we should instead view it as a process-focused management. It needs to be seen as a way of thinking to make the company the best it can be at all times and in this approach it stands a better chance to sustain the initiative.

Lean forwarded as synonymous to a religion!!
Undeniably, no statements in relation to Lean should be treated as gospel. Lean is an ideology strictly based on rationality and scientific methods. Its implementation requires creativity, observation and experimentation, but not faith. Taiichi Ohno, Shigeo Shingo, Sakichi and Kiichiro Toyoda were human beings, not gods and nothing they did, said or wrote should be treated as sacred; instead they used scientific principles to promote the doctrines of Lean. Religion is based on faith, accepting as true something, which you cannot necessarily prove. Lean, however, is a logical, economically sound managerial and tactical approach towards achieving efficiency which is increasingly being applied in many sectors. The Lean philosophy may need to be modified to be relevant in different business, social or cultural backgrounds; this is the aspect which besides making it difficult is also a fascinating concept.

Lean practitioners and organisations should recognise that they are either on the journey or they are not; you actually never reach a destination. “The minute you think you’ve reached a destination, you’re actually done. You’re off the journey.” (page 52, Campbell, 2006). Consequently, Lean needs to be seen as a journey and not an end state. Toyota is constantly under creative tension to continually improve towards what they call the “true north” or an ideal state of perfection; this is being emulated by many organisations presently. Likewise, practitioners with considerable knowledge of the TPS state that a common phrase around Toyota is “Before we build cars, we build people”. This does not entail demonstrating extravagance towards the employees; it is about challenging and respecting employees at the same time which many organisations struggle to achieve the right balance.

The Lean traditions
The absolute core of the Toyota philosophy is that the culture must support the people doing the work. Appropriate leadership and talent management are crucial if an organisation is to succeed. It is only through this that the overall capability of the organisation is enhanced. Unfortunately, many UK organisations still struggle to accept his premise.

The Toyota Production System as practiced by Toyota may not be easily emulated by other organisations owing to the variation by which some processes are managed and the prevailing culture which acts as a pre-requisite. Lean thinking requires a different consciousness of the purpose of each value stream and how it works in practice. Equally, it needs a common way of thinking and working together with others up and down these value streams to manage and improve them. Toyota can teach us the mechanics, but it is up to each of us to evolve and improve these mechanics. It is important to clearly outline and recognise that the TPS is not the Toyota way.

The Toyota Way comprises of the essential principles of the Toyota culture, permitting the TPS to function effectively for the organisation. Regrettably, many reinforce the misunderstanding that the TPS is a collection of tools that leads towards greater efficiency. Whereas, it is a total system supporting and encouraging its employees to continuously improve the processes they work on. The Toyota Way is a philosophy embracing a set of tools that are required to be applied appropriately in every situation. They are part of a greater system that seeks to achieve harmony and perfection to sustain success. One organisation’s structural strengths and weaknesses would differ from those of others and to superimpose a recipe that works elsewhere with different constraints would be imprudent.

Organisations need to recognise that there is little they can do to jump to the end state of Toyota’s learning and merely implement the final result. Toyota has been moving through this journey for fifty years and some of their lessons were learnt over 100 years ago. The TPS can be neatly summarised as follows; namely it is:
• is focused on a consistent way of thinking
• embraces a total management philosophy
• concentrates on total customer satisfaction
• encourages an environment of teamwork and improvement
• essentially is a never ending search for discovering a more appropriate way
• promotes the building of quality in the process
• expects an organised, disciplined workplace, and
• is evolutionary.

Lean as an economic reality
Most of the literature suggests that the purpose of Lean “is to eliminate waste”. In fact, the first purpose of Lean should be to create a successful and robust business. If an organisation focuses on eliminating waste in their processes, they will differentiate themselves by being able to provide better quality and delivery at less cost.
In conclusion, it needs clarifying that a trend in many Lean efforts is the ill-advised impression given by many Lean champions or change agents. This usually involves suggesting that value stream maps, create one piece flow; post standardised work charts create “u” shaped work cells; then implement kanban and walk the plant flow to conduct Lean audits. The inherent problem with all the above is that the practitioners in question have failed to recognise that it is important to first determine what exactly the problem is before being instructed to use a tool in question in an appropriate context. The TPS never has been and nor is it intended to be viewed as a set of rigid guidelines prescribing what to do in exact detail in every situation. Systems have evolved over the years through trial and error whilst focusing on particular issues, making people challenge the conventional wisdom behind situations, identifying the root cause of issues and then proceeding to solve problems, often in a unique and spectacular fashion.